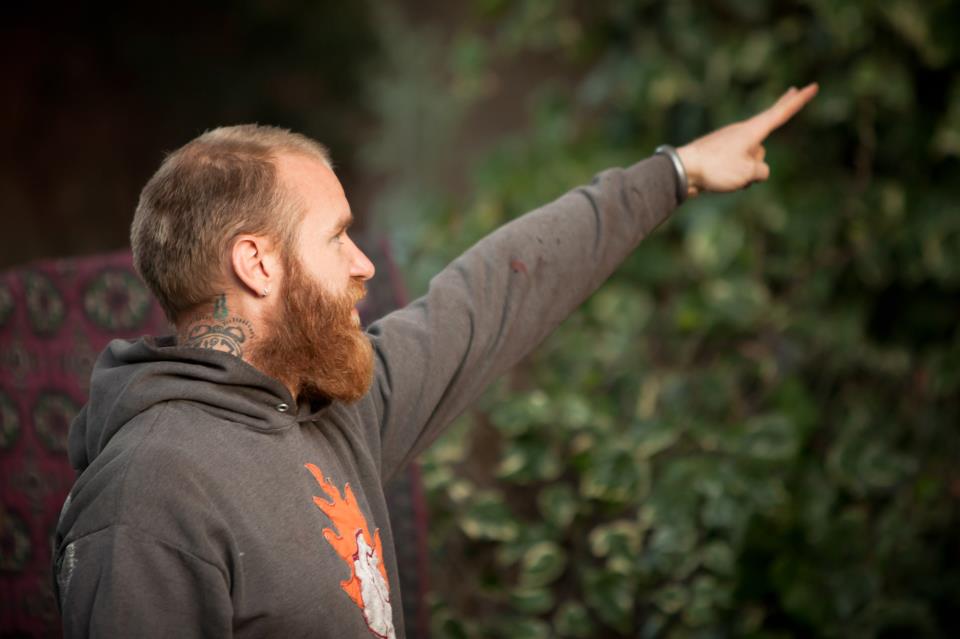 Benjamin Carpenter is an interactive Artist/Fabricator/Teacher who works in the space between our industrial heritage and the momentum of contemporary media. His work is a meditation on life in the 21st century, the history that led to it and the future that lies ahead.

He began exploring his creativity as a child building cardboard forts and various other contraptions with tools smuggled from his grandfather’s garage in New England. Earning a B.F.A. in metalsmithing and an M.F.A in Sculpture set the stage for a career building larger-scale architectural, kinetic, interactive and educational projects.

He has been developing his personal style and work ethic for the last decade working with many artists and craftspeople on both coasts of the U.S. Now living in Oakland, Ca. he spends his time pursuing his interests individually and with the collaborative groups 5 Ton Crane and Applied Kinetic Arts.

He maintains an active role in his community by teaching at the Crucible and has also guest lectured at the major art schools in the Bay Area.

He has shown his work locally, nationally and internationally. Backbone is the moniker under which he does commissioned work.