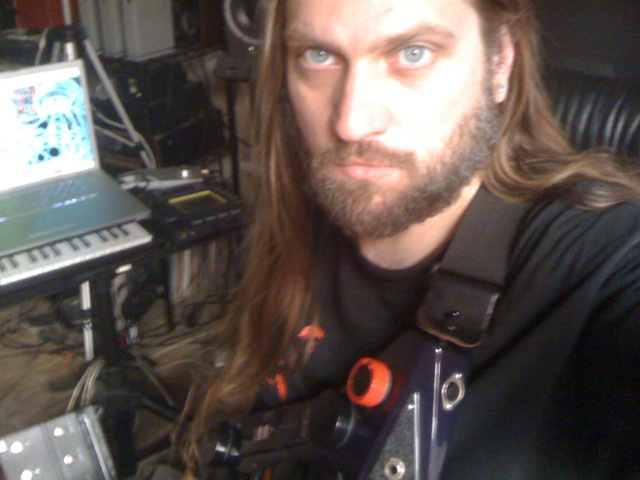 Albert Mathias (Composer and Performer) has been creating music for movement in San Francisco since 1991, he is a multi-disciplinary musician whose focus contains accompaniment, composition and sound design for dance/theater, CD and film , as well as solo performance works. Since 1998 Mathias has been Music Director of La ALTERNATIVA (formerly Motion Lab), a perpetual experiment of dance training, choreography, improvisation and performance with dancer/choreographer Kathleen Hermesdorf. Motion-Lab has produced five evening length works for the stage and released eight works for CD Audio since 1999. In 2000, Mathias was nominated for an Isadora Duncan Award for Original Sound Score for BLUE 2000 by Motion-Lab. In 2006 Mathias received a New York Bessie award for his work on Bebe Miller’s “Landing/Place” an evening length multimedia performance which toured the continental US extensively. He went on to create a second live score in 2007 for the Miller company entitled “Necessary Beauty” which toured with critical acclaim. Albert is also the primary percussionist for international touring/recording artists LiveHuman, an improvisation-based trio, with bassist Andrew Kushin and DJ Quest. The band has released 4 critically acclaimed albums since 1998 and have been recognized as “local sonic renegades…stretching the boundaries of improvised music…” by SF Weekly’s Best of the Bay 2003. Mathias was a member of the multi-disciplinary performance group Contraband from 1995-97 and has worked independently in the dance field with a very wide range of choreographers and dance makers. He attended Cal arts in 1991-1993 training in traps, tabla, voice and accompaniment under the guidance of masters Amiya Dasgupta, John Bergamo and Leonice Shinneman. He has also had the honor of private study with legends Pandit Swapan Chauduri, Sri Ravi Bellare, and the great Tony Williams. Albert proudly plays a custom wireless electronic midi percussion controller called Zendrum. Please visit www.la-alternativa.us or www.zendrum.com for more detailed information.