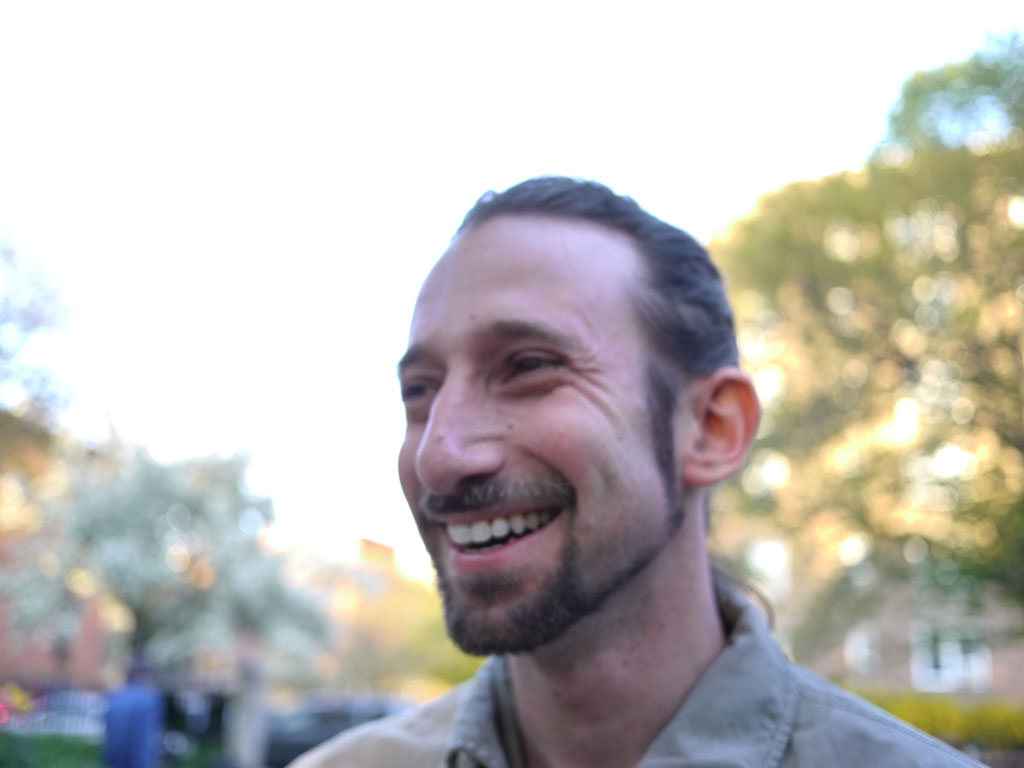 Abraham Burickson is the Artistic Director of Odyssey Works, an interdisciplinary performance group that creates 36hr performances for small audiences. Trained in architecture at Cornell University, Burickson’s work spans writing, design, and performance. For the past decade with Odyssey Works, he has continually sought to push the boundaries of interdisciplinarity and participatory art, working in collaboration with poets, actors, sound artists, composers, psychologists, designers, architects, filmmakers, and more in an attempt to develop an artistic process that is as rigorous in its craft as it is devoted to the continual re-evaluation of traditional form. The New York Times has called his approach “a beautiful inefficiency.”

Burickson co-founded Odyssey Works in San Francisco in 2002, and the group has since produced work in New York, San Francisco, Austin, Ithaca, and Seattle. In 2009 he started the Odyssey Lab, a series of intensive interdisciplinary retreats devoted to the study of basic questions in art.

His work has been profiled in the New York Times, ArtInfo, the Stanford Storytelling Project, the SF Bay Guardian, SF Weekly, ARTE television, and elsewhere, and has been sponsored by The Zellerbach Foundation, the BEAT Festival, Cornell University, the Rubicon Foundation, The FuseBox Festival, and the University of Texas. His writings have appeared in the Best New Poets 2008, Time Out Chicago, The New Orleans Review, Jubilat, and elsewhere. Production for the next Odyssey Works performance in New York is currently underway, and will take place on September 21-22 of this year in Brooklyn.

He has lectured at such places as Cornell University and Southern Exposure Gallery, and will be giving an artist’s talk August 10 of this year at the Brooklyn Museum.