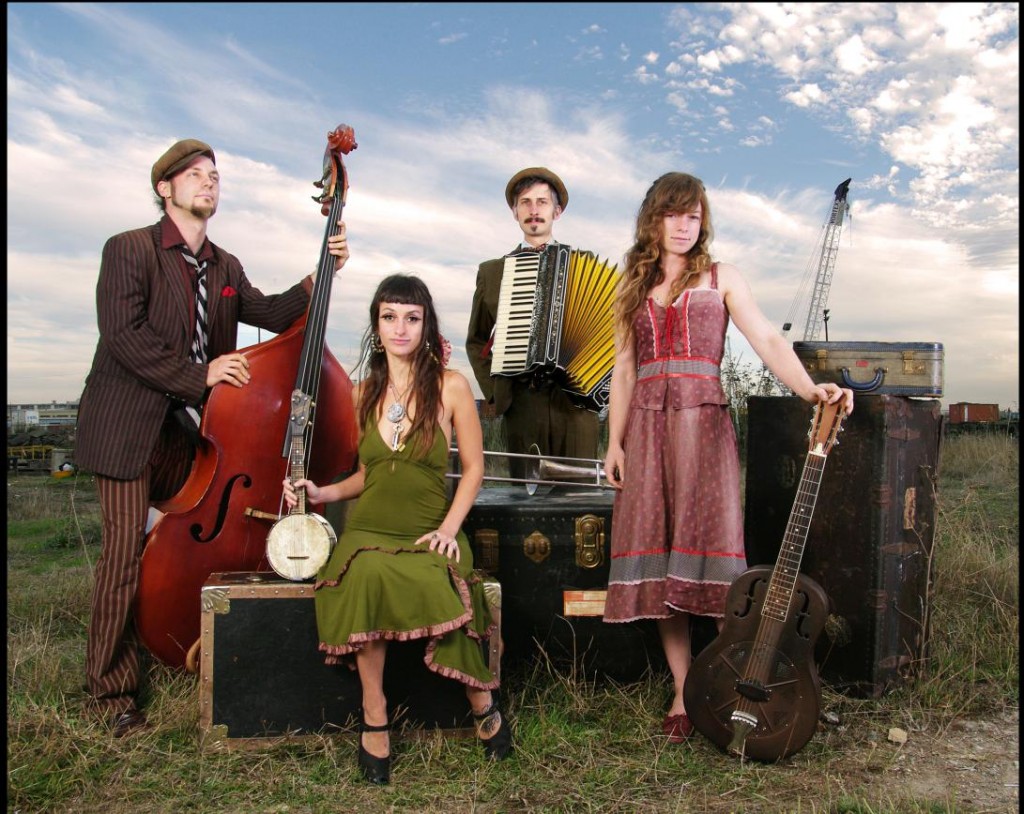 “Folk Music in the most beautiful sense. They draw from a wide variety of sources, play songs and tunes on an unpredictable lineup of instruments, and make the music their own.” -Robert Blake, Subdued String Band Festival Program

“A true treasure of the Bay Area – that has toes tapping and people dancing for miles around.” San Francisco Bay Times

“What Yann Tiersen would have created had he composed the Amélie Soundtrack while drunk. And I mean that as a compliment”—Mission Local.

The Sour Mash Hug Band got audiences up and dancing to music that sounded as if it were straight from the old country”… “The accordion, man, it just puts you in the mood for a hoedown.”—Vox Magazine (Columbia, MO)

A cabaret band that combines virtuosic central European violin technique with 1920s/30s jazz and Yiddish theatre, the Sour Mash Hug Band evokes an era that never quite existed. Paris in the 30s, Harlem in the 20s, New Orleans in the 90s, its hard to say. The band is especially known for their original tunes reminiscent of Kurt Weill and Danny Elfman. The band started in Eugene, OR 10 years ago as an old-time band with the classic line-up of claw-hammer banjo, fiddle, guitar, and bass. After a couple years in Oregon they took to the road, and toured the country by bike, freight train, hitchhiking, and a broken down old van. This took them to San Francisco, Bellingham, New York and finally to New Orleans which became their home away from home. For the past five years the band has split their time between a quiet spot by Lake Merritt and a couple of less quiet shotgun shacks in New Orleans, while spending summers in Romania and Hungary studying the music they love. Being exposed to many varieties of music in their travels the musicians have developed a unique cabaret style drawing on New Orleans jazz, old-time fiddle music, muzica lautareasca, and Yiddish theatre.