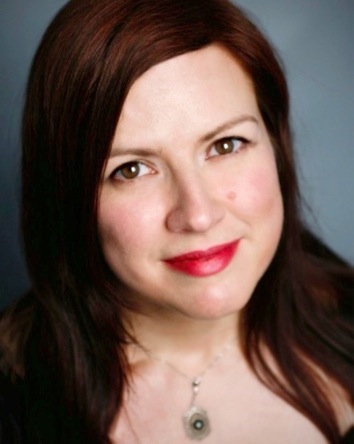 Phoebe Jevtovic Rosquist’s singing spans repertoire from the medieval to the contemporary, with a specialty in the baroque era. Her voice has been reviewed as “arresting,” “haunting,” “ravishing,” “clear-toned,” and “sweet” in performances in the United States and abroad. Phoebe has appeared as a soloist with the Waverly Consort, American Bach Soloists, Musica Angelica, and North Holland Opera. Roles she has performed include Despina in Mozart’s Così fan tutte, Amphitrite in Locke’s Tempest, Cupid in Purcell’s Timon of Athens, and the title role in Rossi’s Orfeo.

Among Phoebe’s varied collaborations are the baroque ensemble La Monica; medieval ensemble Cançonièr; art song with celebrated pianist Robert Thies; and early music and dance with Italy’s visionary Art Monastery Project. She has also toured the US and Indonesia with Gamelan X (a Balinese/hybrid world music ensemble), and sung Balkan & folk music with Kitka and VOCO. Phoebe has recorded for Dorian, Nonesuch, and Sony Records.

Phoebe completed her Master of Arts degree in Early Music Performance at the University of Southern California, and has edited a book of 17th century solo songs by Tarquinio Merula published by A&R Editions.